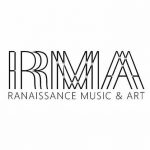 Syncopated electronic rhythms and mind-bending synth sounds make Indra a futuristic fantasy soundscape. A touch of flute keeps things grounded, and creates a feeling of mystery and enchantment. This is a fabulous option for video game soundtracking or a fast paced cinematic trailer.